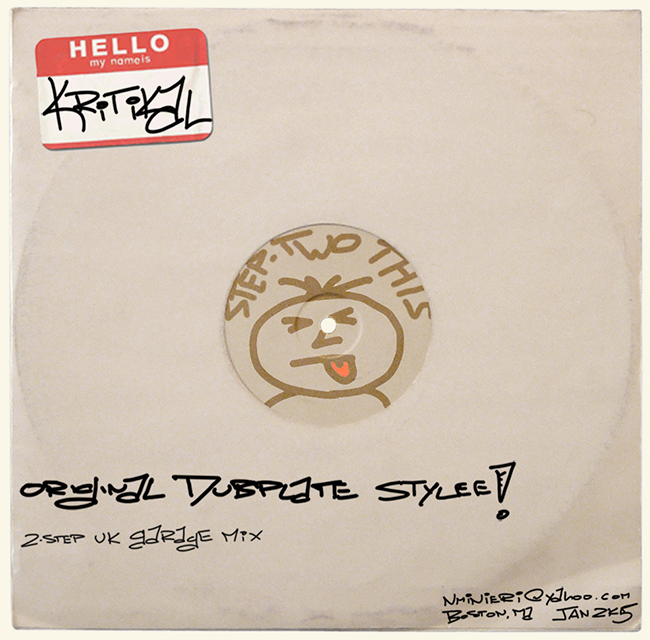 Funny story behind “Step-Two This”. I recorded a drum and bass mix back at the beginning of 2005 that I was planning on uploading to the message boards I was posting on at the time. On the same day I also recorded this, and planned to add that to each post as well, as sort of a bonus. What ended up happening was the dnb mix was ignored almost instantly and “Step-Two This” went on to become my most downloaded mix ever.

Not bad considering half of the records I played here were ones a lot of UK shops couldn’t even GIVE away as garage was considered outdated. The emergence of dubstep and any sort of revival were still years away, although grime’s ascent was just around the corner.