This is a mix I recorded that was intended to go on a friend’s radio show that got canceled before it was even able to be aired. It’s never been heard or released publicly until now. I actually recorded it on the day of the tragic Boston Marathon bombings of April 2013. I remember constantly looking at updates on my phone while recording it that evening. Somehow I made it through in one take without any major mixing mistakes. Mostly house and some “future” type stuff here. 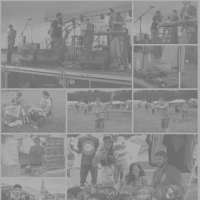